Tissue engineering seeks to create functional tissues and organs by integrating natural or synthetic scaffolds with cells and bioactive factors. Creating biologically active scaffolds that support key aspects of tissue regeneration, including the re-establishment of a functional extracellular matrix (ECM), is a challenge currently facing this field. During tissue repair, fibronectin is converted from an inactive soluble form to biologically active ECM fibrils through a cell-dependent process.

Here, we screened fibronectin matrix mimetic variants engineered to include all or part of the integrin-binding domain for their ability to support new ECM assembly. We found that specific modifications of the integrin-binding domain produced adhesive substrates that selectively coupled to different integrin receptors to, in turn, regulate the amount of fibronectin and collagen deposited in the ECM. The ability of fibronectin matrix mimetics to direct cell-substrate interactions and regulate ECM assembly makes them promising candidates for use as bioactive surfaces, where precise control over integrin-binding specificity and cell binding is required. ECM deposition. 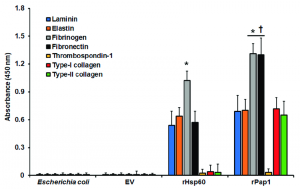 To examine fascin expression in a panel of cell lines, growing cultures containing 5 × 10 5 cells per plate were lysed directly in an SDS-PAGE sample buffer containing 100 mM dithiothreitol. SDS-PAGE was carried out according to the method of Laemmli (1970) on 12.5% ​​polyacrylamide gels. Proteins were transferred to nitrocellulose (0.22 μm, pore size, Bio-Rad, Watford, UK) at 60 V for 18 h, using a Transblot apparatus (Bio-Rad) and a blot buffer composed of a base of 25 mM Tris(hydroxymethyl)aminomethane, 92 mM glycine, and 20% methanol (Towbin et al., 1979). 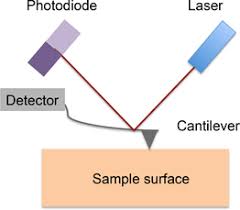 Cell-matrix adhesion Recombinants assays were performed in serum-free medium on glass coverslips coated as previously described (Adams and Lawler, 1994; Adams, 1995), typically for periods of 1 hour at 37°C. In experiments using a mixed substrate, glycoproteins were diluted to equimolar coating concentrations, mixed in different volume ratios, and used for coating. Soluble inhibitors were added at the time of seeding the cells. Non-adherent cells were removed by gentle washing in TBS containing 2 mM CaCl2, and adherent cells were fixed and processed for immunofluorescence.

Cells were stained as described above and examined by confocal microscopy, using a Leica DM-RBE and laser microscope. The images were acquired in the Leica TCS NT program. 32 or 45 serial optical sections were made throughout the entire depth of a cell using an image size of 512 × 512 pixels. Reconstruction of three-dimensional (3D) images was carried out using the NIH Image program.

C2C12 cells plated at 3 × 10 4 cells/flask in Nunc Slide Flasks were monitored for periods of 4 h in an environmental chamber at 37 °C using a Zeiss Axiovert 100 microscope equipped with a Sony SS-M37OCE coupled device camera. switch connected to a video recorder and controlled by an EOS BAC900 animation controller. Cultures treated with 500 µg/ml heparin 2 h after plating were monitored between 4 h and 8 h after the start of treatment. Migration was recorded at 4 frames/min and the moving distances and velocities of individual cells were calculated from the tracks. At least 50 cells were screened for each experimental condition. Statistical significance was determined using a two-tailed t-test. Parallel cultures were stained for fascin.